Yew is considered a species of interest from the point of view of conservation for its small and isolated populations. An international team led by CREAF has studied the adaptive variation of their populations, a crucial knowledge to develop correct conservation measures.

Yew is a tree loaded with symbolism, with great cultural and scientific value. Its long longevity has made that many ancient European cultures associate the tree with immortality and eternity. From the scientific point of view their interest is marked by a wide geographical distribution (from Iran to Portugal, and from Morocco to Scandinavia), but often with small and isolated populations, especially in the Mediterranean. Previous studies have shown that in general, the most isolated populations have little genetic diversity and a high percentage of related individuals, which could limit populations to respond to future environmental changes.

These studies, however, have been based exclusively on selectively neutral genetic variation, which is not necessarily representative of the adaptive or evolutionary potential of populations or species. The ability to respond to possible changes is determined by the existence of adaptive variability, which is a direct result of natural selection. Unfortunately, many of the actions to manage and conserve diversity, as well as to predict the future of many species, don’t include this type of information, which calls into question its effectiveness.

For this reason, an international team led by CREAF researchers has analyzed the existence of this type of variability in yew populations at different geographical scales. On the one hand, they have investigated the existence of adaptive differentiation in characters linked to the phenology of the species in the Iberian Peninsula. On the other hand, they have analyzed the variation present in some 1,200 genes potentially involved in response to drought, cold tolerance, or resistance to pathogens at a European level.

The results of the study, published in Evolutionary Applications, show a clear demographic decline of the species that began between 400,000 and 600,000 years ago, although it seems that not all populations have followed the same dynamics. While populations in the Balkans and part of the Alps have maintained relatively high and stable population sizes 10,000 or 20,000 years, in the Mediterranean the regression of their populations has remained until now, resulting in much more small and fragmented populations than in central Europe.

Everything and the biggest decline of the Iberian populations, the study has found the existence of adaptations to local environments

Specifically, trees originating in continental populations show faster growth and reproduce earlier than those that inhabit Mediterranean regions. These results suggest that the ability to develop faster life cycles in continental environments has been selected, as a response to inhabit an area where the favorable growth and reproductive periods are shorter than in the Mediterranean region.

At European level, some genes potentially under selection have been detected in response to develop in different environments. One of them is a gene involved in flowering, which also regulates the water stress and cold resistance response. In addition, the study has identified potentially adaptive differences in the genes of the biosynthetic pathway of flavonoids, organic compounds involved in many processes in plants. Although the variation of most of the identified genes has been found associated with the current climate, the variation of some genes seems to reflect an evolutionary response to the climatic conditions that occurred during the last glacial maximum and last interglacial, 20,000 and 120,000 years ago respectively.

The results obtained in the study are essential to design and implement rigorous conservation and management actions of the Iberian yews. “It is necessary that the conservation and management policies of yew forests take into account the differences between populations to avoid actions that may endanger the survival of the species,” says Maria Mayol, lead author of the study. The conservation of species and their ability to face future changes inevitably depends on knowing and understanding the processes they generate and manage 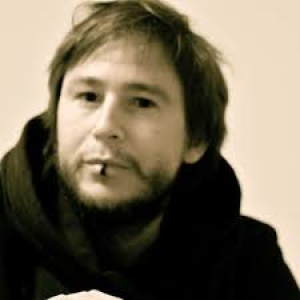