Game of mirrors in Ecology

Life is supported on the planet by the interactions between organisms. This interactions often are subject to a set of more or less distorted appearances, and that appearances define each interaction and the living environment of each organism.

Michael J. Ryan in his book The taste for beauty. Biology of attraction (A Taste for the Beautiful) describes the reproductive strategies of animals around mating and attraction between sexes. The simplest model corresponds to the signals (images, sounds, smells) emitted by individuals of one sex to be recognized as individuals of the same species. This may seem trivial, but as a frustrated ornithologist I can state how similar many species of birds are to me and how convenient it would be if their features were even more contrasted. If a male gets more offspring by emitting a certain genetically fixed signal (for example, a colored spot in the plumage), the signal will tend to perpetuate itself in subsequent generations. From here, the topic becomes more and more complicated. For example, if this signal is also perceived by predators, it is evident that the bird has a new problem, in addition to finding a partner. Thus, there is a balance between the benefit of having more offspring and the risk of dying before leaving progeny.

Mirrors to link and pretend

There are male bees of the genus Eucera that mate with orchids, such as Ophris apifera, which imitate the female bee in its shape and color. Obviously, male bees loss time and gametes. What is the reason of that waste? If female bees are scarce, it would be a tremendous mistake to miss out any possibility of mating, even at the risk of making a mistake. In any case, the winner is the flower, builder of the artifice. By imitating female bees, the flower obtains a more efficiently transport of pollen from one flower to another. Another example: in some fishes, such as guppies (Poecilia reticulata), individuals of one sex may be attracted to individuals of the other after being seen mating with another partner – although they had not great appeal -. The attraction provoked on someone is reflected towards others and acquires evolutionary meaning.

Concave mirrors are ideal to increase image. Fiddler crabs build towers near their burrows to make themselves more visible to females, thus increasing their attractiveness. Showing surplus resources is a good reason to obtain attraction and likely success. We humans apply very often this principle. There are many real or imaginary stories of besieged cities that exhibited abundant provisions to their besiegers, although in reality they were out of supply. In the animal world, these magnificence displays are found in the enormous peacock tails, although in the end this investment in resources has a limit before diminishing survival and therefore progeny.

Mirrors and deceptions to eat and not be eaten

Batesian mimicry is one of those cases that are explained in high school textbooks. It was described by H.W. Bates, a great British naturalist of the nineteenth century, famous for accompanying A.R. Wallace on his expedition through the Amazon. This mimicry occurs in animals, such as butterflies or snakes, that show shapes or colors similar to those of other toxic or poisonous species. Other animals and plants alert themselves. They produce toxins to defend themselves and gently notify their consumers on the danger through colored forms. So, they avoid being consumed in an absurd game in which both the predator and the prey would lose. It is the case of the poison hemlock, whose stems are easily recognizable by their red spots – as its name in Latin, Conium maculatum reminds us -.

Another example: sunflower seeds escape from the bag while I devour them in the office, they fall and remain unnoticed on the floor. But mimicry does not just serve to escape predators. Many predators are masters of camouflage with the environment. You do not need to take risks with the felines in the savanna, or with the snakes in the rainforest to discover experts in the art of dissimulation. In our meadows and bushes small spiders of the Thomisidae family are very frequent; they are indistinguishable from the flowers in which they wait for pollinators.

Edward E. Farmer, in his book Leaf Defence explains that there are also plants that ally with predators of their consuming insects. The camouflage of adult defoliating insects serves little in buds and tender, green leaves. Green caterpillars are vulnerable when staying over young red leaves. They are easily detected by the birds that feed on them. Although other causes also explain these colors in the new plant organs, it seems that these colors help something to protect them.

The games of appearances are not only for forms and colors. For some time, we have known that some plants, when attacked by insects, generate an environment of chemical signals that is perceived by their congeners, which react by activating their defenses. The most curious thing is that some recent studies show that when the emitting and receiving plants are genetically related, this message can get a better response. Natural selection at the level of a related group, kin selection, corresponds to behaviors that promote the success of relatives, even if they are not direct descendants. An example is found in some species of birds that take care of the progeny of their brothers, since they share a substantial part of their genetic inheritance. This altruism, however, is not easy to adjust, since one’s own resources are often diminished, and therefore, reproductive success. Widely debated, this type of selection had been proposed and studied in animals, and now we realize that it likely occurs in plants as well.

Mirror projections and other combinations

Species may project themselves beyond their physical presence, as in a combination of obliquely oriented mirrors. It is the case of species whose disappearance of a food chain has effects beyond its immediate prey or predators. The construction of dams in rivers of British Columbia, is causing the disappearance of the salmon, affecting bear populations that feed on them. But it also affects trees of the surrounding boreal forest, due to the loss of nutrients coming from the salmon remains left by bears. This type of impact has received the name of “cascade effect”.

If we move this game of mirrors to a temporary dimension, the famous “butterfly effect” comes to mind. This effect refers to the long-term consequences of a small variation in the initial conditions of a complex chaotic system. This idea has been used to illustrate the low predictability of the consequences of small events, generating a remarkable fascination in some film producers. But neither should this effect be overestimated. One thing is that there are some events with a priori unforeseeable consequences and another thing is that all events are equally relevant. The challenge is to recognize the qualities of small events that have a great capacity to be magnified in the game of mirrors. We call them as key species and processes, and their identification gives meaning to the study of ecology. After all, if every tiny biological event had unpredictable consequences we would be in an idiosyncratic world, without guidelines, and therefore it would be indifferent what we did, given our inability to foresee the future. We know that this is not the case: our hunter-gatherer ancestors knew where they could find fruits or preys, farmers work to harvest long time after planting, and ecologists know that after a fire the vegetation will recover. That is, the detail of the future is not very accurately predictable, but complex systems are deterministic and at a certain temporal scale they exhibit patterns, such as the seasons of the year.

The house of mirrors of ecology

We have seen examples of how evolution explores the opportunities that are offered to it. The success of investing in a certain physiognomy is not assured and is inseparable from the context. Living organisms are indissoluble from the environment, due to their need to use and dissipate energy. This entity incorporating both living beings and environment constitutes the subject of ecology. When we focus on the organism we usually talk about evolutionary ecology.

But, even when put the accent on the environment, we also end up finding the connection with biology. This is the case of the atmosphere, apparently so little occupied with life, whose composition is deeply determined by photosynthesizing organisms that emit oxygen and fix CO2. Ultimately, biological evolution transforms organisms and adapts them to the environment, which in turn is modify by organisms as well. Ecology studies this complex game of mirrors that defines a world that in fact is transformed by our mere presence. 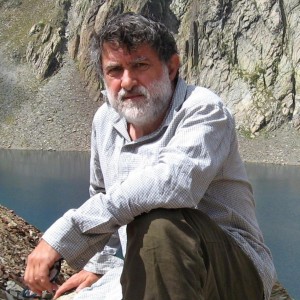 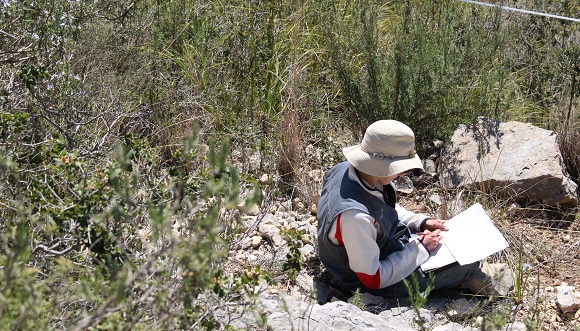 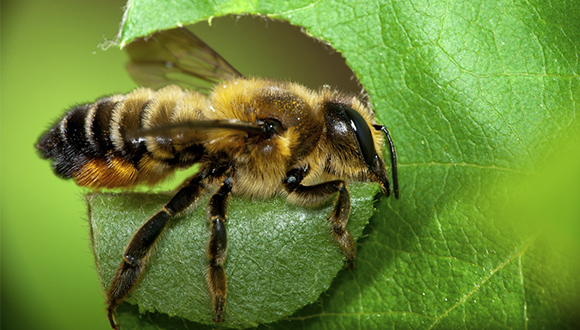 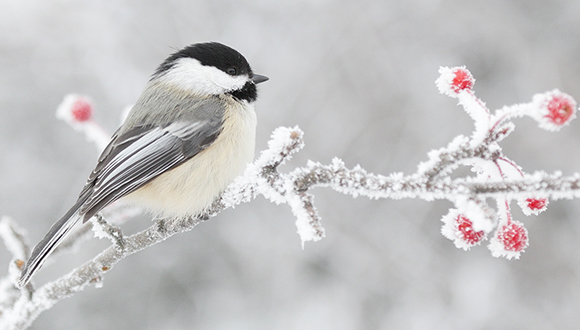 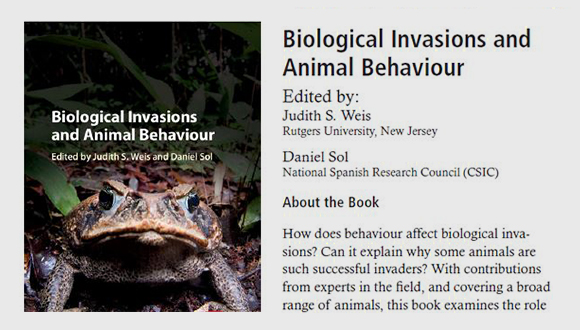 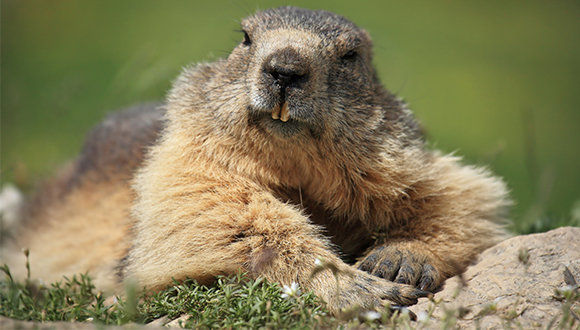 For marmots, infidelity is a way for dominant females to promote genetic diversity and increase the chances of survival of their young. When the dominant partner 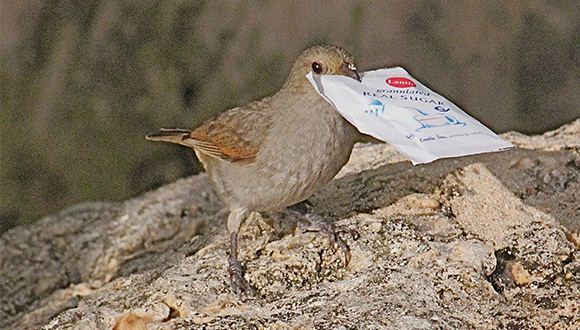