Fishing can alter the shoaling behaviour of fish, with ecological and socio-economic consequences

Fishing activity may decrease the shoaling behaviour of fish, a strategy they use to minimise the risk of predation, acquire resources and share information efficiently, according to an international study led by ICM-CSIC and CREAF.

Fishing activity may decrease the shoaling behaviour of commercially and recreationally valuable fish, a strategy they use to minimise the risk of predation, acquire resources more easily and transmit information efficiently to each other. In addition, this new behaviour may have a major impact on the dynamics of fish stocks and thus on fishing activity. These are the main conclusions of the article Fisheries-induced changes of shoaling behaviour: mechanisms and potential consequences, published today in the prestigious journal Trends in Ecology and Evolution based on the work of an interdisciplinary team led by the Institut de Ciències del Mar (ICM-CSIC) and CREAF, with the active participation of the Leibniz-Institute in Berlin.

Some of the species whose behaviour is most affected by fishing activity include those which are obliged to aggregate in order to survive, such as small pelagic fish. Also large predators such as tuna, which move and hunt in groups. This is particularly relevant given that small pelagic and tuna play a key role in marine food webs and underpin much of the world’s fisheries.

According to Valerio Sbragaglia, first author of the article and researcher at the ICM-CSIC, “Fish behaviour plays a fundamental role in fisheries ecology, but it is not yet well integrated into conservation and management strategies. With our work we want to promote new studies that allow us to better understand the mechanisms driving fisheries-induced changes of shoaling behaviour in order to find the most efficient solutions for managing exploited species”.

“Altering the composition of fish shoals, as happens with fishing, can have major repercussions on social cohesion, coordination and the learning benefits of these animal species against predators”

JOLLE JOLLES, co-first author of the study and CREAF researcher.

One of the mechanisms by which intensive fishing can affect the collective behaviour of fish is through the selective harvesting of individual phenotypes. “The composition of fish schools, and of groups of animals in general, is known to have strong effects on patterns and decisions in the group”.

One of the advantages of the change in the collective behaviour of fish is that it may give them an evolutionary advantage in adapting to intensive fishing. And, in doing so, become less vulnerable. However, this could diminish their ability to react adequately to natural predators. In fact, according to the authors, this is the current situation of small pelagic fish and tuna in the Mediterranean.

Marta Coll, co-author of the study and researcher at the ICM-CSIC, adds the important repercussions on the functionality of the food web: “smaller and shyer fish are more vulnerable to fishing, and selective fishing of these individuals can modify the dynamics by which shoals of fish are formed, with important repercussions for the functionality of the food net”.

For future research, the team hopes to be able to analyse in more detail the impact of fishing on highly exploited fish stocks in order to be able to introduce these processes into ecological and fisheries management models. 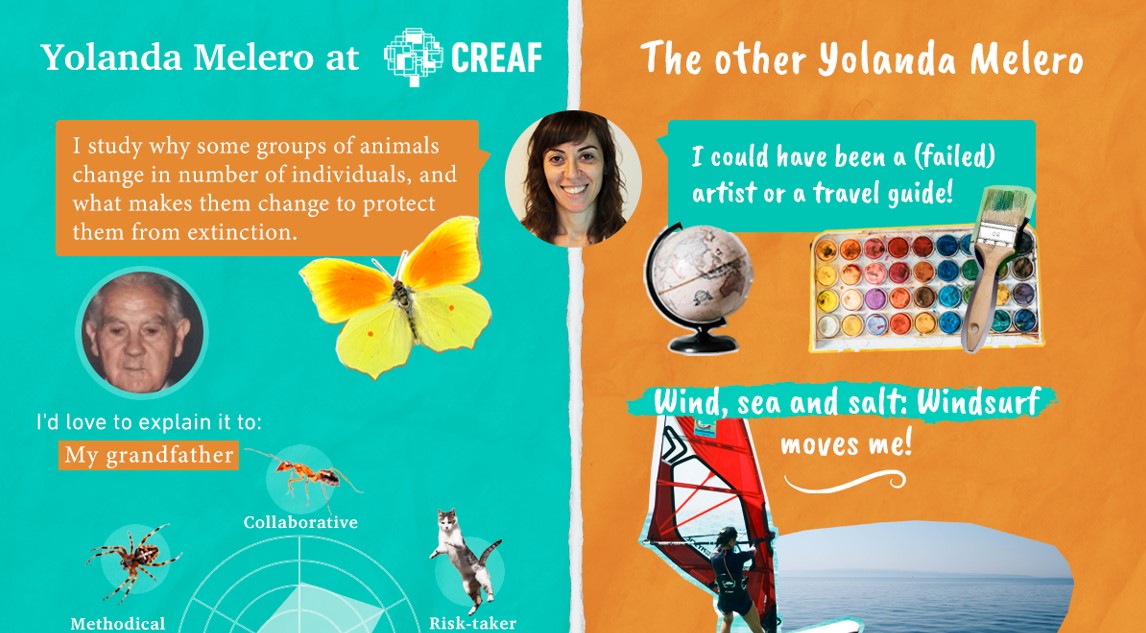 CREAF places its staff at the heart of its communication strategy. For this reason, it presents its three new incorporations: Yolanda Melero, Jolle Jolles and Enric Batllori, through innovative, friendly and fun infographics. 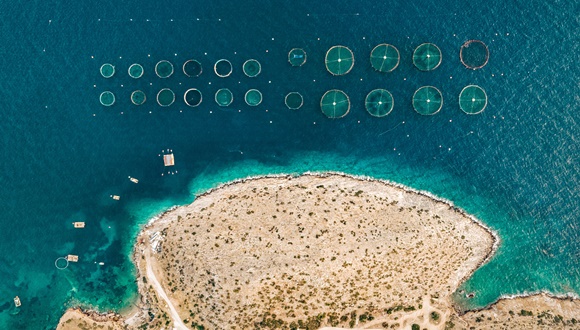 There is an imbalance between the amount of phosphorus we use in the production of fish and shellfish (which need it for growth, bones and