The behavior of bird communities in Europe and in the United States and Canada due to climate change is different than in the Mediterranean area. It changes faster in winter, when they migrate, than in spring, when they nest.

This situation could expose birds to a climate trap. This is the first conclusion of the research work Wintering bird communities are tracking climate change faster than breeding communities, published in the British for Ecological Society, in which CREAF has participated and that affects Belgium, Canada, Denmark, Estonia, Finland, the Netherlands, Hungary, Spain, Sweden and the United States.

Depending on the specific month, some bird species change latitude in search of better conditions (usually warmer), while others do not move much because winters are less harsh and do not need to migrate. A new study published in the Journal of Animal Ecology arrives at the conclusion that these changes are more evident in winter than in spring or summer. In winter, bird communities are increasingly similar to those in warmer areas a few years ago. In spring, however, no such drastic changes are observed because there are other factors that take longer relevance and high temperatures are not critical for them. “Climate change is changing species communities so that those in the south are becoming more abundant and those in the north are declining. Species in central Europe are colonizing Scandinavia”, says Aleksi Lehikoinen, lead author of the study and curator of the Finnish Museum of Natural History, an independent research institution functioning under the University of Helsinki.

In spring, however, this is not so much usual. “Migratory birds are mainly looking for food availability and, therefore, if it doesn’t freeze so much, they don’t move”, explains Sergi Herrando, a CREAF researcher linked to the Institut Català d’Ornitologia. In spring, however, birds tend to be loyal to their breeding site and do not stray too far from the nest. During the breeding season, the birds are tied to a specific environment and try not to abandon their offspring, even if the weather conditions are not very favorable. However, “if the climate changes rapidly, the ecosystem can suffer sudden changes such as lack of food, and this can become a climate trap and expose birds to stay in unfavorable areas during the season nesting”, explains Sergi Herrando.

“If climate changes rapidly, the ecosystem can suffer sudden changes such as lack of food, and this can become a climate trap and expose birds to unfavorable areas during the nesting season”.

The study looks at changes in bird communities in 8 European countries, Canada and the United States since 1980, and looks at more than 1,200 species. Despite this, the results are quite similar on the two continents. In total, the study covers observations of nearly 3 billion birds. The collection of this material would not have been possible without the volunteers who have been monitoring these birds for many years in various citizen science programs throughout Europe and North America.

The birds stay in the Mediterranean

A relevant result of the study is that on the shores of the Mediterranean this change in bird communities is not as evident as in the countries of central or northern Europe. First of all, we must not forget that the average temperature has changed more sharply in the north than in the south of Europe. On the other hand, the Mediterranean presents a relief and a very heterogeneous, mountainous landscape, which gives rise to microhabitats and microclimates that allow the species to find places to live even if the temperature rises.

In addition, not many species from Africa reach the Mediterranean, in part because just south there are desert environments with low diversity and abundance of birds. Finally, “the Mediterranean basin has also undergone a process of afforestation: the forest has grown and this has made it easier for some species to find a relatively temperate environment to live in”, concludes Lluís Brotons, CREAF researcher linked to the CSIC. 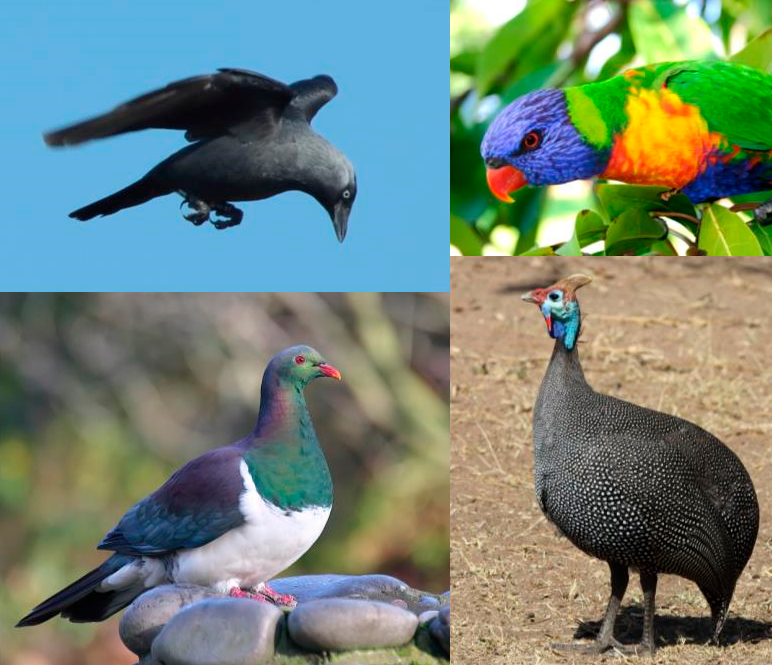