CREAF recently participated in a meeting organised by the Intergovernmental Platform on Biodiversity and Ecosystem Services (IPBES), the global body responsible for monitoring the state of nature’s health and advising on policy decisions in this area (as the IPCC does for climate). The conference focused on discussing how to project, assess and protect the future of nature concerning three axes: nature as culture, as a service to society and as a value in itself; the IPBES called it ‘Frameworks for Nature’s Futures’. The event took place between 14 and 16 November in South Africa and was attended by 40 speakers from various disciplines, ranging from experts in science, humanities, and indigenous knowledge to policymakers. Lluís Brotons, CSIC researcher at CREAF, also participated. Brotons is a key person in this field, both for being the author of some IPBES reports and participating in European initiatives on biodiversity data and for coordinating relevant local initiatives such as the Observatory of Natural Heritage and Biodiversity, a platform which aims to emulate IPBES on a Catalan scale.

In this sense, Brotons shared two new European projects in which CREAF is a partner: BioAgora, coordinated by the Finnish Institute for the Environment (SYKE), and Wilde, coordinated by the French INRAE. Both projects align with IPBES’s objective of strengthening communication between science and policy. BioAgora focuses on connecting biodiversity research results with European decision-making, while Wilde will assess re-naturalisation strategies in Europe.

The scenarios in IPBES represent possible futures for biodiversity and ecosystems in various parts of the world. They are divided into ‘intervention scenarios’, which assess the effect on nature if specific policies were implemented, e.g. what would happen if laws banning fishing of certain species were enforced, and ‘retrospective policy evaluation scenarios’, which assess the results after a particular measure has been implemented and determine whether it accomplishes what was expected, and ‘exploratory scenarios’, which include indirect factors, such as the socio-political and economic situation, and direct factors, such as climate change, in the equation, e.g. the impact that exceeding the 1.5°C will have on terrestrial species.

“The aim now is to develop and evaluate scenarios within the ‘Nature Futures Framework’ that place the values of nature at the centre,” says Brotons. The three perspectives are nature as culture, which represents spiritual and other non-material links with nature in different geographical areas; nature as a service to society, which includes the benefits it provides to people, such as climate and water cycle regulation, soil erosion control, pollination, timber or food; and nature as a value in itself, where the diversity of species, habitats and ecosystems that make up the natural world are valued, as well as the capacity to work autonomously.

This vision is aligned with one of the latest reports that IPBES published last July 2022, ‘Values’.

IPBES and IPCC: two sides of the same coin

Climate and biodiversity are closely connected; what happens in one affects the other. In other words, a biodiverse and rich ecosystem is more resilient to climate change; in the same way, an increase in temperature can cause the death of certain species. For example, in Catalonia, native vertebrates and invertebrates have lost an average of 25% of their individuals in the last twenty years. The reasons include climate change, which increases desertification, lack of water, etc. This data comes from the report State of Nature in Catalonia, published in 2020 by the Observatory of Natural Heritage and Biodiversity.

Under this premise, IPBES and its counterpart in the field of climate change, the Intergovernmental Panel on Climate Change (IPCC), are working to strengthen the nexus between the two platforms and the common socio-economic background that underlies these two environmental crises.

“The IPBES-IPCC link is important because the two platforms act as independent advisors at the global conferences organised by the United Nations, where the main strategies of global environmental policies and objectives are decided,” says Alicia Pérez-Porro, CREAF’s scientific coordinator. In particular, the IPCC is the independent advisor to the United Nations Framework Convention on Climate Change (UNFCCC), which organised the recent COP27 in Egypt, where CREAF attended as an observer and took part in several round tables. On the other side, IPBES advises the Convention on Biological Diversity (CBD), which will organise COP15 in Montreal (Canada) in December 2022 and where CREAF will also attend. The CBD is part of the United Nations Environment Programme (UNEP).

This year COP27 has included in its programme a ‘Biodiversity Day’ that has included several presentations and debates focused on the interdependence of biodiversity and climate change, as well as the need to implement joint measures to address the climate and biodiversity crisis.

Among other things, speakers have shared examples of nature-based solutions, e.g. greening cities or restoring soils or reinforcing the importance of protected areas in providing human ecosystem services. 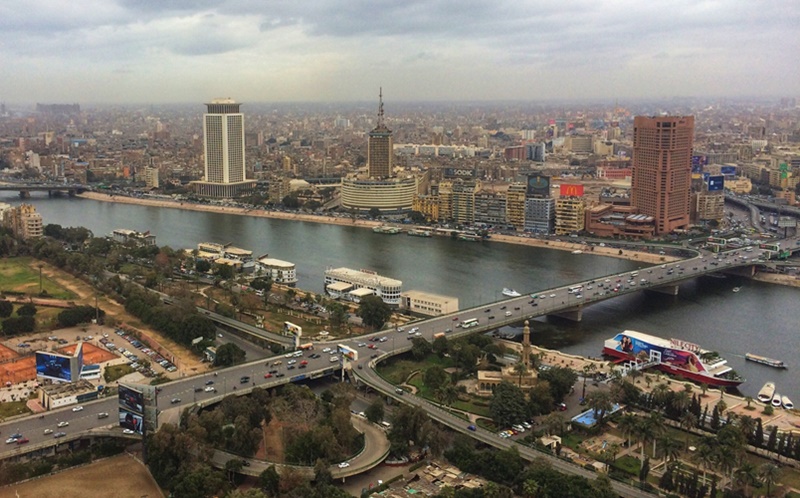 Climate in Euro-Mediterranean cities: key areas and next steps in the run-up to COP 27

CREAF, CIDOB and the Barcelona City Council co-organize a debate to jointly pose urban policies for sustainable development, to mitigate climatic and environmental risks and to promote realistic solutions.