A CREAF-led European study published in the journal Global Change Biology warns that the drought associated with climate change could reduce soil fauna diversity and slow the decomposition of leaf litter (fallen leaves, twigs, bark, etc.), potentially hindering the recycling of nutrients for plants throughout Europe.

Over the course of four years, researchers simulated two effects associated with climate change, namely drought and warming, on each of the experimental sites. They simulated drought on some of the plots by covering them with a transparent plastic roof whenever it rained, and warming on others by covering them with reflective curtains from sunset to sunrise to reduce heat loss into the atmosphere. Some plots were left untreated for control purposes.

The researchers calculated annual leaf litter decomposition rates and, at the end of the four-year period, measured the diversity of springtails (soil organisms directly involved in decomposition). They then compared the results they obtained from their drought and warming plots and their control plots. Their findings were unequivocal in the case of drought: the lower the level of precipitation was, the further springtail diversity and leaf litter decomposition rates fell.

An extremely broad group of tiny soil-dwelling creatures very similar to insects, springtails are a vital part of the leaf litter decomposition and nutrient cycling processes. “They aren’t the only actors in those processes”, notes CREAF researcher Guille Peguero, the study’s first author, “but they are highly abundant and very important, and they reflect what is happening to their ecosystem”.

If springtails (and other organisms involved in leaf litter decomposition) gradually disappear, plants will struggle to get the nutrients they need. The same will then happen to the animals that feed on plants and, in turn, to the predators that feed on those animals.

“We studied the effect on natural vegetation plots, but it is very likely to happen in agricultural ecosystems too, as the climate is the same for everyone”, says Peguero. “The knock-on effect could easily have ramifications for our ability to feed ourselves”, he warns.

Interestingly, the experiment not only showed that drought reduced the total number and the variety of species of springtails present in the soil, but also that the surviving species were phylogenetically similar to one another, entailing less effective nutrient cycling. “In general, species that are very similar tend to perform similar functions in an ecosystem, so what happened in our plots could be compared to certain trades vanishing in a human population”, Peguero explains.

The unknown effect of temperature

Warming had only a very slight effect on springtails and leaf litter decomposition in the study. However, the experimental method used resulted in a temperature rise of just half a degree, substantially less than temperatures are expected to increase in the near future, and there is no way of knowing what would have happened if the researchers had achieved a rise closer to those predicted. It remains to be seen whether the effects of drought are lasting in the long term and if they are the same in the case of other groups of key organisms. “The most important thing is that we realize that below our feet there is a universe of life on which we are utterly dependent and which is also being harmed by climate change”, states Peguero. “We have scarcely begun to investigate it”, he concludes. 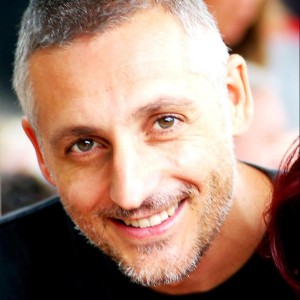