Global warming in the Arctic increases megafires on the permafrost

The Siberian Arctic experienced an unusual number of fires in 2019 and 2020. This raised concerns in the scientific community, as the Arctic has large areas of permafrost, a permanently frozen layer of subsoil that accumulates large amounts of carbon. Fires damage the permafrost and contribute to the release of carbon emissions in the form of greenhouse gases. The question that remained unanswered was whether this increase in fires in 2019-2020 was an exceptional case or a trend that will get worse as the Arctic warms.

Now, a new study published in Science and led by Adrià Descals and Josep Peñuelas, both scientists from the Spanish Council for Scientific Research (CSIC) and from CREAF, shows that the increase in temperature is driving an exponential increase in fires in the Arctic. David Gaveau, fire expert at TheTreeMap, as well as researchers from the Desertification Research Centre (CSIC-University of Valencia), Wageningen University (Netherlands), the University of Kyoto, and the Center for International Forestry Research (CIFOR) in Indonesia, also participated in the study.

“In 2020 alone, 423 fires were detected in the Siberian Arctic” explains Adrià Descals, first author, “which burned around 3 million hectares (an area almost as big as the whole Belgium) and caused the emission of 256 million tonnes of CO2 equivalent”, which is similar to the annual emissions of CO2 in Spain. The researcher adds that “with future warming, these megafires will be recurrent at the end of the century and will have different implications, both for the Arctic and for the global climate“.

The authors quantified, from satellite observations from 1982 to 2020, the area burned in Siberia above the Arctic Circle, a region covering 286 million hectares. “While the observations indicated that the 2020 fire season was exceptional, no precise quantitative assessment had been made so far in this remote region,” says co-author David Gaveau.

In this work, the scientists show that fire risk factors associated with temperature have increased in recent decades and that there is an exponential relationship between the extent burned annually and these factors.

“Temperatures are reaching a critical threshold where small increases above the summer average of 10 °C can exponentially increase the area burned and the associated emissions,”

“We detected fires above the 72nd parallel north, more than 600 km north of the Arctic Circle, where fires are unusual and where winter ice was still visible at the time of burning,” explains Adrià Descals. “Many fires were detected with a few days of difference, so we hypothesise that increases in thunderstorms and lightning are the main cause of the fires, although further investigations would be required to demonstrate how much human activities may influence the fire season in this remote region.”

Some factors that can exacerbate fire risk have increased significantly, and all these factors are related to rising temperatures. The study explains that factors such as drier weather conditions, longer summers, and more vegetation have shown a consistent trend over the past four decades.

The authors note that “the 2020 average summer temperature – which was 11.35 degrees – will be very common from the second half of the century on if the Arctic warming continues at the same rate”.

“These temperature anomalies increase fire risk factors, so the conditions that were led to the 2019 and 2020 fires will be recurrent in the Arctic by the end of the century”

An explanatory model that links the factors of fire

In 2019 and 2020, fire rates in the Siberian Arctic exceeded those of the last four decades. Only in 2020, there were seven times more fires than the average since 1982 and they damaged an unprecedented area of peatlands. Josep Peñuelas explains that “the concatenation of these factors is what generated the fire rate increase”.

“The fact that there is more and earlier vegetation reduces the availability of water in the soil, and plants suffer greater water stress,” says Aleixandre Verger, a researcher at CSIC and CREAF.

On the other hand, heatwaves and, above all, the increase in surface temperature, can increase convective storms and lightning, which have been very rare so far in the Arctic, but “they are expected to increase as the climate warms“, say the scientists.

“Climate warming therefore has a double effect on fire risk: it increases the susceptibility of vegetation and peatlands to fire and, on the other hand, it increases the number of ignitions caused by thunderstorms,” explains Adrià Descals.

Our work suggests that the Arctic is already experiencing a change in fire regimes caused by climate warming. “The areas burned in 2019 and 2020 could be exceptional events, but recent temperature trends and projected scenarios indicate that, by the end of the century, large fires such as those in 2019 and 2020 will be frequent if temperatures continue to increase at the current rate,” conclude Adrià Descals and Josep Peñuelas. 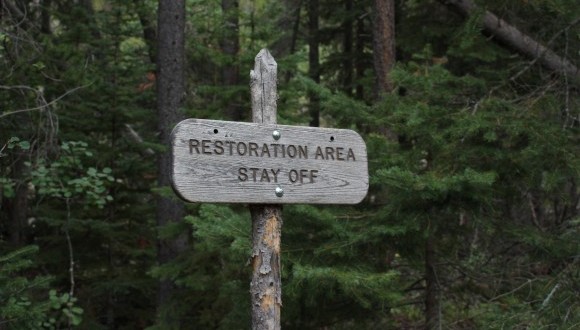