When a fellowship becomes a challenge to join a research group

They are 4 students studying Biology or Environmental Sciences at university and come from very different cities and backgrounds. They are united by their curiosity and determination to accept the challenge of joining a CREAF research group for 2 months, thanks to the Summer Fellowship programme.

Alba Bellostas (University of Girona), Emma Watson (University of Glasgow), Sandra Moreno (Autonomous University of Madrid) and Anna Ticó (University of Barcelona) have confirmed that research to make science evolve requires great creativity which necessarily progresses as a team, although there are times when it can be complex and very solitary before reaching the “eureka moments”, to use the eloquent expression of CREAF researcher Estela Romero.

After a brief tasting of the professional internships at CREAF, the four students say that scientific research is the ultimate goal of their careers, although they all still have a long way to go beforehand. This is the experience of four women who were finalists in the first call for bursaries for undergraduate students promoted by CREAF. The selection process took into account the academic record, curriculum and a letter of motivation, and was quite competitive. Science at first hand The Summer Fellowships programme has allowed them to understand how and why the first questions in science are formulated, what is involved in going out into the field to collect samples, analyse them according to the objective of the study, question whether the sampling answers the hypothesis initially formulated, share some data and discuss them in depth with other colleagues, and begin to understand how a first draft of a collaborative article would be drafted. Each of them has had a mentor at CREAF, who has dedicated part of his or her time to open the door for them so that science becomes a first-person experience. Researchers Olga Margalef and Sergi Pla Rabés have introduced Alba Bellostas to the study of diatoms as indicators of environmental change in the Arctic, to study the dynamics of permafrost as a key component of climate and global change. The researcher Estela Romero has teamed up with Emma Watson and has incorporated this young Scottish student into her scientific work on the river course and nutrient composition of North American and Alaskan rivers.

The researcher Oriol Lapiedra has conceived the two-month scholarship of the Madrid student Sandra Moreno as a journey through each and every one of the stages of research on the biological invasion of animal species in Ibiza (Balearic Islands), with the aim of providing a 360-degree vision of what a project is. And the researcher Francisco Lloret has integrated Anna Ticó for two months in his research group on Mediterranean terrestrial ecosystems and their adaptation to climate change, which has led her to sample in the Parc Nacional d’Aigüestortes (Lleida) and in Hayedo de Montejo (Madrid), as one more member of a team of collaborators.

A mutual reward The call has the firm purpose of promoting scientific vocations, an objective that has favoured both parties: both the young women who open their eyes to science, and the teams that incorporate new visions that, despite being very new, are specialised. For this reason, the research team that has designed the content of each grant has done so by diversifying the tasks as much as possible and bearing in mind the necessary mutual reward.

For researchers Olga Margalef and Sergi Pla Rabés, “tutoring involves dedication, although Alba Bellostas has learned very quickly, she has worked autonomously and has helped us to advance and push some tasks of the project on permafrost”. Alba’s best assessment is that her two mentors have left “doors open for her to continue to be involved, for example, as a co-author of a future publication” Since her fieldwork is located in Alaska, the young student has processed and analysed current and old samples in the laboratory, performed counts, explored measured chemical data and got to know some statistical tools. At the end of her stay, she presented the main results at an internal meeting, which was discussed to highlight how the results condition some decisions and the need to continue research in the Arctic to understand global change.

Another experience is that of young Emma Watson, who draws a strong conclusion: “without a doubt, the most valuable reward has been to be part of the machinery that carries out real research projects”. For this young Scot, immersing herself for two months in the work on river courses of the researcher Estela Romero has also meant taking advantage of synergies with the team of Olga Margalef, Sergi Pla Rabés and Alba Bellostas. “One of the most valuable things I have taken away from CREAF is having learned to work with and analyse large amounts of data,” she says. For her tutor, the Summer Fellowship programme has been a learning process. “I had mentored students before,” explains Romero, “but they came from Masters degrees and it involved much more structured and defined work beforehand. With Emma it has been very timely to work together with the permafrost research team, to find common ground and explore. And this is part of the process of science. Una  360° view

The opportunity to provide a more holistic experience of science has marked the way CREAF researcher Oriol Lapiedra has worked with the student Sandra Moreno. The rapport generated with the whole team is evident, and Sandra likens her involvement to being one of the team rather than a student in training. “It has been very useful for developing a critical mentality, getting to know new ideas and learning to think in a different way,” explains the student, for whom the Summer Fellowship was the first time she had left Madrid, her home city. Her mentor describes her as a motivated person, with the much-needed profile in search of someone for whom answering questions is an incentive. “Two months is a good time to get a taste of how science develops,” according to Oriol Lapiedra, “to analyse samples, do bibliographical research, take part in project meetings, comment on and analyse articles, present results in groups…. “. The only thing they have not been able to do is set foot in the field, because the research is centred on Ibiza (Balearic Islands).

On the other hand, field work has been the guiding thread of Anna Ticó’s Summer Fellowship, who began her stay at CREAF by taking samples in the mountains of the Iberian Central System, in the Montejo Beech Forest, “a reserve where functional traits of different plant communities are studied and how they can affect their resilience to climate change or disturbances”, in the words of the student herself, to continue in the Catalan Pyrenees.

Due to the pandemic context, Anna Ticó had not been in the field much during her training, an experience that the Summer Fellowship led by Francisco Lloret did provide. “The time dedicated to taking samples outdoors is key, because you can’t back out, and that’s why prior planning is essential,” explains Lloret. Experimental design is the other major task on which Anna Ticó focused part of her efforts. Mission accomplished: the CREAF Summer Fellowships have managed to stimulate her scientific curiosity even more. According to Francisco Lloret, “the important thing is that the people in whom efforts have been invested stay in the research system”, while he points out that in the transfer of knowledge “an essential audience is the new generations who are interested and experienced”.

When seniority is a degree and youth, curiosity in its purest form

Alba Bellostas is involved in the Final Degree Project and it is clear to her that she will continue with what she has learnt in the Summer Fellowship, and will continue her research in this line while she finishes her double degree in Biology and Environmental Sciences at the University of Girona.

Emma Watson has been lucky enough to share data and experiences directly with Alba Bellostas’ team. During her two-month internship at CREAF, COP26 was taking place in her home city of Glasgow.

Sandra Moreno starts a second round of internships after the Summer Fellowship at CREAF, this time at the Centre for Advanced Studies in Blanes.

Anna Ticó was clear from the start that research is her field and, for this reason, she has felt comfortable with the reinforcement in fieldwork that the Summer Fellowship has given her. Her Final Degree Project will undoubtedly benefit from the grant at CREAF. 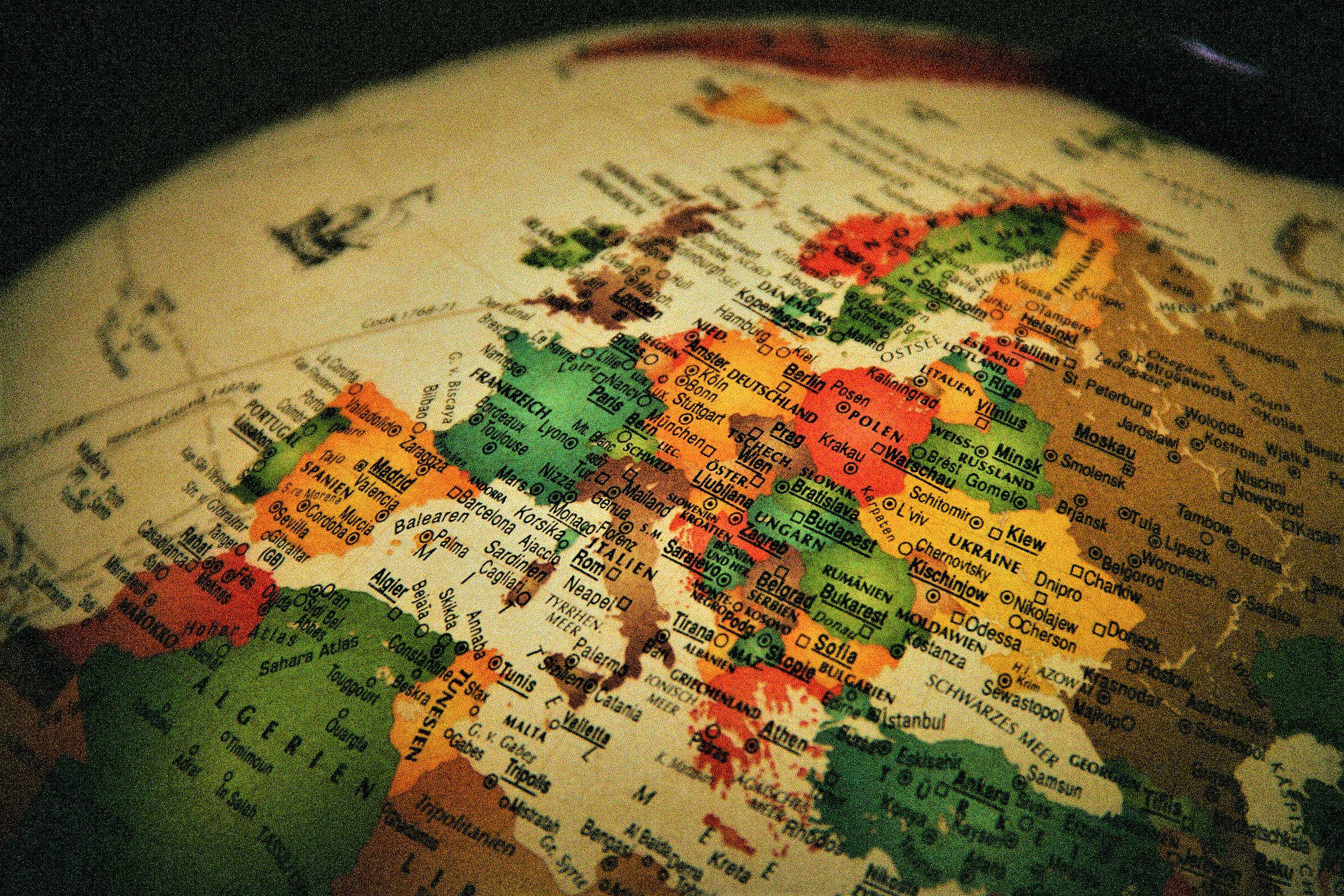 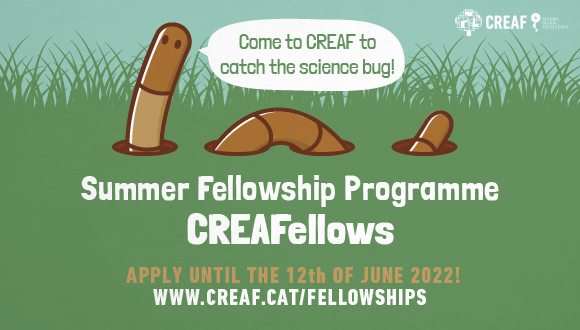 Summer fellowships: we inspire your scientific journey through ecology!

Do you want to play a leading role in the new generation of ecology specialists? The 2nd edition of our Summer fellowships is aimed at 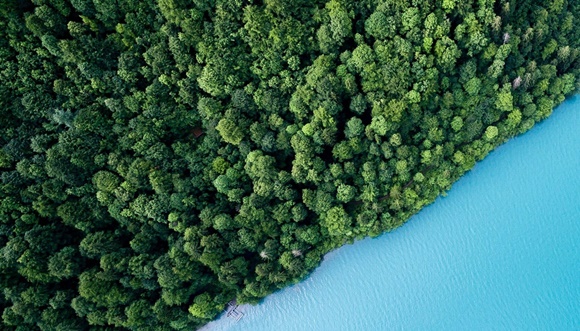 CREAF’s first international newsletter is out!

We have published the first international CREAF’s newsletter with the purpose of improving our visibility, reputation and recruitment of talent. Its common thread is ecology 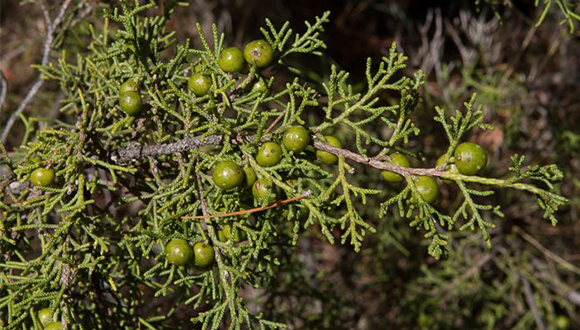 We seek a candidate to apply for a 4 years doctoral fellowship to carry on in the CIBIO (Vila do Conde, Porto) and CREAF (Bellaterra, 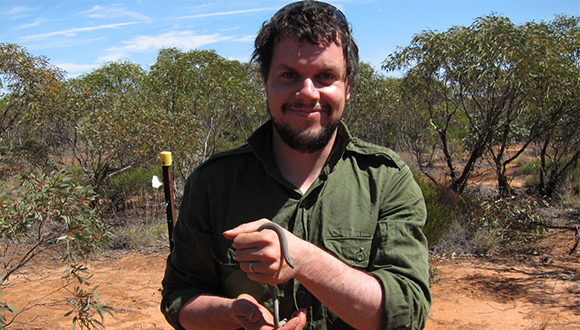 A CEED (Centre of Excellence for Environmental Decisions) Research Fellow has been recently awarded one of the five Victorian Postdoctoral Research Fellowships. He will travell to