Invasion of the Asian hornet

“It spreads like wildfire,” says Joan Pino, CREAF Deputy Director, about the case of the Asian hornet. This invasive species arrived to Spain in 2010 from France and today it has become established across almost all of the Northern Iberian Peninsula. In April 2015 the Spanish Ministry of Agriculture, Food, and Environment drew up a plan for combatting this worrisome unwelcome guest.

The Asian hornet – Latin name Vespa velutina spp. nigrithorax – is an invasive species in areas of Europe with a mild and humid climate. Colonies have already been found in Italy, the United Kingdom, and Spain. Why is the arrival of this hornet setting off so many alarms? This is mostly due to the identity of its favorite prey: the honeybee.

The Asian hornet is not aggressive towards humans, but it does show a ruthless behavior towards other insects. It is estimated that a single hornet is capable of capturing between 25 and 50 bees per day. They use their superior size to dominate and finally kill their prey with a strike of their mandibles. After the kill, the hornets takes apart the bodies, tie the pieces together in a sack, and take the package to the nest to feed their larvae. Once worker bees in a hive have been finished off, the hornets enter the hive panels and eat up the honey.

As a result of this pillaging of honeybee populations, the Asian hornet has a significant socioeconomic impact in honey-producing regions of Northern Spain. In 2012, honeybee losses reached 30% in the Basque area of Pasaia Donibane, a heavy blow to the apiculture industry of the region. It is also suspected that the hornet may have an impact on other agricultural products such as flowers or fruits, which might be eaten by adult hornets.

The Asian hornet is expanding rapidly in Spain due to its high rates of reproduction and dispersal of colony-forming individuals. One queen can build a nest, each having up to 15,000 cells. It is easy to understand how short-term explosions in the population are possible considering that a single nest founder can produce 500 new queens in one year. The hornets can also fly a number of kilometers each day. Despite all of this, it is important to understand that the hornets don’t always arrive to new territories solely on their own accord; rather, human beings also play an important role in their dispersal. “Many areas can end up having Asian hornets due to commerce and transport of goods carrying hibernating queens,” explains Joan Pino, specialist in invasive species. He adds, “in order to understand what new species are arriving to the country, it is crucial to sample areas receiving shipments of goods, such as bus stations or ports.”

In fact, this hornet, sometimes dramatically called the “assassin hornet”, seems to have arrived to France in a shipment of ceramics from Southeast Asia. Within only seven years it had already occupied half of all French départements (territorial division of government), and from there it began its conquest of the Iberian Peninsula, where its first point of entry was in Navarra in 2010.

The fight against the Asian hornet

Initially, the arrival of the insect wasn’t given much thought, but this quickly changed with the onset of impacts on the apiculture sector and nuisance to humans. Spanish beekeeper associations began to cite economic damages, and problematic nests led to the cancellation of events such as concerts; such problems were only the beginning of a long list of impacts to come.  It was time to take action.

In 2014, the Ministry of Agriculture, Food and Environment drew up a  Strategy for Management, Control and Possible Eradication of the already notorious hornet. The objectives of this strategy were to stop its expansion out of the Northern Peninsula and improve understanding of the species and how to minimize its impacts. A special monitoring program was also set in motion.

The first actions undertaken were to locate and destroy nests and trap individuals; such measures should be selective to the hornet so that unnecessary impacts on other fauna are minimized. For this reason, one important line of research is the design of special traps or enticements which are specific to the Asian hornet. Until such solutions are developed, some regional autonomous governments have gone so far as to recommend home-made formulas for battling the hornet. For instance, after the first case was reported in La Rioja region (2014), the authorities promoted a special cocktail of beer, white wine, and blueberry juice for attracting the hornets.

Concerning the nests, economic analyses for control measures are still underway, but in Toulouse (France), within the context of a pest control program it was estimated that the cost of nest removal could be around 110 euros. The best time for nest elimination is in spring or summer when the hornets are active, and at dawn or dusk, which is when all of the individuals are in the nest.

Also, an invasion risk model for Spain is already helping experts study and understand where the hornet might strike next. This model was based on a previous one created in 2014 for Navarra by Joan Pino of CREAF, and was later applied to Catalonia. Thanks to this tool, it was discovered that humid areas with mild temperatures are most favorable to colonization by the hornet, coinciding with the observation that the Northern part of the Peninsula is currently the area most occupied by the hornet. Arid areas such as Almeria or those with a dry climate such as Madrid are much less likely to be invaded. Curiously, it was also found that Vespa velutina is highly successful in colonizing urban areas.

Along with efforts to control and understand the hornet, there have also been ongoing activities to inform the public about the issue and provide environmental education. Also periodic monitoring reports will be generated, and the role of potential autochthonous predators will be evaluated. The most promising candidate predators are those that feed on autochthonous hornets and other Hymenoptera, including the European honey buzzard and the European bee-eater, and the possibility of training birds for this purpose is even being considered.

The role of civil society

To deal with this emerging threat many beekeeping associations have already begun campaigns to combat the hornet’s presence or arrival. In Aragon, the regional government has drawn up plans for management and control even before the species’ arrival has been confirmed. Another example is the Galician Apiculture Association (AGA in Spanish acronym) with its Stop Vespa Velutina campaign; actors such as these have taken the initiative to sponsor informative talks on the issue and promote the placement of traps during the spring to ensnare queens.

But it’s not only the beekeepers that have gotten involved; in some areas, greater society has risen to the occasion. In Majorca, where the species has only recently arrived, students of the University of the Balearic Islands have developed an application for mobile devices which is helping to control the expansion. Users of the app can send images of the hornet via social media and mark the location where the sighting occurred. Once again, it is seen that the best eradication program counts on everyone’s participation. 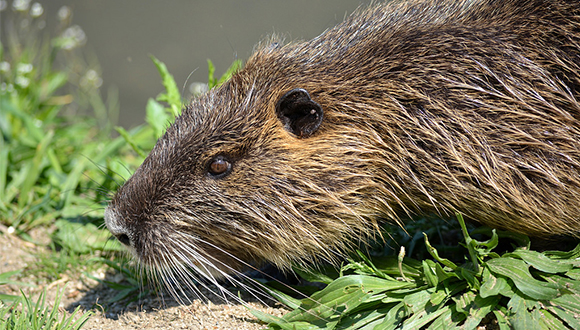 The data base of the research project EXOCAT, commissioned by the Catalonian government and coordinated by CREAF, has more than 1,100 exotic species registered in