After a year of lockdown in the world, the results of the ornitho.cat scientific project are available, promoted with the aim of understanding the effects of shutdown on nature. A scientific work in which we have collaborated with the Catalan Institute of Ornithology and published in Proceedings of the Royal Society B.

On 15 March 2020, just one day after the declaration of the state emergency and people confinement, the project called #IStayAtHome of ornitho.cat was launched with the aim of understanding shutdown effects on nature. A year later, the scientific results have been published inthe article Rapid behavioural response of urban birds to Covid-19 lockdown on the prestigious journal Proceedings of the Royal Society B.

The data show that, at least during the first month of confinement, there were no more birds, but that we heard and saw more of them because they changed their behaviour quickly and became more active in the early hours of the day. The project, resulting from a collaboration between the Catalan Institute of Ornithology (ICO) and CREAF, argues that the changes induced by the confinement were too drastic and sudden and did not last long enough to allow colonisation processes to take place.

In natural conditions, outside cities, birds sing and are very active at dawn, some of them even before. “In urban environments, however, this time coincides with the morning rush hour, when streets are crowded and noisier. These conditions impair bird communication and feeding because of the stress caused by our constant disturbance”, says Oscar Gordo, lead author of the paper. During the lockdown, these inconveniences disappeared and birds quickly changed their behaviour to show a more natural pace of life: “once again, urban birds demonstrate their extreme plasticity as they modified their behaviour in response to the new possibilities offered by the human lockdown”, explains Sergi Herrando, CREAF and ICO researcher.

“In urban environments, however, this time coincides with the morning rush hour, when streets are crowded and noisier. These conditions impair bird communication and feeding because of the stress caused by our constant disturbance.”

The results were obtained thanks to more than 400 volunteer ornithologists who collected more than 126,000 bird records in this citizen science project coordinated by the ICO. For the study, the authors selected the 16 most common bird species in urban environments that spend the whole year in Catalonia and compared data collected during the lockdown with historical data from ornitho.cat for the same populations in previous years (2015 to 2019). Except for starlings, all the studied species became more active in early morning demonstrating that bird response was widespread.

“In smart and versatile birds, such as the yellow-legged gull or the magpie, the drastic reduction in traffic and human presence in the street encouraged them to use the early hours of the morning to look for food and even to move further into the central core of towns and cities”, explains Gabriel Gargallo, general director at ICO.

“Science confirms that noise, both directly and indirectly, has been associated with a decrease in the density of bird populations, as well as with a decline in bird species richness,” explains CREAF researcher Lluís Brotons. Noise pollution makes bird communication more difficult, increases stress levels and even seems to accelerate ageing. These negative effects are enhanced by the large number of cars and people on the streets, especially at rush hours. As a result, many species are unable to thrive in urban areas, while those able to do it are subjected to unfavourable conditions, often with negative consequences for their biology.

The results of this study suggest that urban birds have great behavioural plasticity. They took advantage quickly of the environmental improvements occurred in our urban environments as a result of our confinement. “It is up to us to make cities more bird-friendly beyond the Covid-19 crisis. The experienced problems by birds in their communication and health are similar to those experienced by ourselves. Therefore, if we make our towns and cities more hospitable for birds and nature, we will surely benefit too. Listening and watching birds was certainly one of the best solutions to endure the confinement of just a year ago with more encouragement”, the authors conclude.

The 16 most common birds in Catalan cities present all year round: 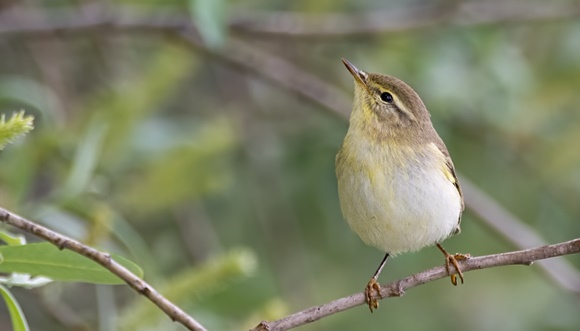 The soundscape created by birds is becoming quieter and less varied, with potential effects on people’s health

The favourable properties of natural soundscapes are changing, due to declining bird populations and their new geographic distribution. As a consequence, the trill of birds