The European Union (EU) aims to be climate-neutral, with net-zero greenhouse gas (GHG) emissions, by 2050. Transforming the agricultural sector, which generates 11% (429 megatonnes of CO2-eq in 2019) of the EU’s total GHG emissions, is vital, not only to mitigate climate change but also to guarantee food security in increasingly extreme environmental conditions. The EU’s new common agricultural policy includes improvements in that regard but needs to be more ambitious. The Committee on Agriculture and Rural Development (AGRI) of the European Parliament therefore commissioned a report from experts to learn about the potential of the EU’s agricultural soils to sequester carbon and how their capacity to do so can be increased.

Led by CREAF researcher Pilar Andrés, and written with the support of a team of specialists from CREAF itself, the Institute of Agrifood Research and Technology (IRTA), the Forest Science and Technology Centre of Catalonia (CTFC), the Autonomous University of Barcelona (UAB) and the University of Barcelona (UB), the report ‘Agricultural potential in carbon sequestration. Humus content of land used for agriculture and CO2 storage’ concludes that agricultural soils contain 31% of the EU’s total soil carbon stocks and have great potential to store more carbon. It places their carbon sequestration capacity at between 9 and 24 Mt CO2-eq/ year, depending on the uncertain evolution of climate, policy, economic and technical scenarios.

To fully realize that carbon storage potential, the report suggests regenerating Europe’s poorest soils ― those in the south and the Mediterranean ― which have lost organic matter because of agricultural intensification. It also recommends restoring and protecting the peatlands of northern and north-eastern Europe to prevent their huge carbon stocks being lost as a consequence of farming.

Tonnes of sequestered carbon lie below the EU’s crops

According to the study carried out for the report, estimates of the carbon stocks in the EU’s agriculture soils range from 34 gigatonnes (Gt) in the top 20 cm of soil to 75 Gt in the top 30 cm. The geographical distribution of that carbon is unequal, depending on climate, land cover, geological characteristics and usage history. Approximately 31% of the EU’s total soil organic carbon is found in agricultural soils (9.3% in grasslands and 21.4% in croplands), and around 25% in peatlands, despite the latter covering just 6% of the EU’s land area.

In general, the soils of northern and north-eastern Europe are the richest in carbon, with Ireland, Finland, Sweden and the UK accounting for around 50% of the territory’s soil organic carbon. The soils of the continent’s southern countries tend to be the poorest, meanwhile, with Portugal, Italy, Spain and Greece, alongside Poland and Hungary, having the lowest average concentrations of soil organic carbon.

How will the size of the EU’s soil carbon stocks vary in the future? It is very difficult to say, according to the study, as the answer will depend on how the climate and land use change. Broadly though, based on the two factors in question, simulations predict that carbon stocks in the richest soils will grow and that the soils currently poorest in carbon will suffer further depletion.

There is scope for storing more carbon

The report notes that each type of soil has a specific, limited carbon sequestration capacity. While that may appear to be a problem, it also represents an opportunity, as the most carbon-depleted soils, i.e. those of the EU’s southern and Mediterranean countries, have the greatest capacity to store more carbon. Switching current management practices for management focused on carbon sequestration and fertility regeneration would give the EU’s croplands a sequestration potential of 67.5 Mt CO2-eq.

In addition to that, there is potential for reducing emissions from highly organic, carbon-rich soils, such as peatlands. With that in mind, the report calls for northern Europe’s peatlands to be returned to natural use or wet cultivation, so as to prevent their desiccation and degradation. Restoring and rewetting those peatlands would boost Europe’s mitigation potential by 54 Mt CO2-eq for the 2020-2050 period.

“When peatlands are drained for cropping or grazing, the net result is the emission of GHGs into the atmosphere. As Europe’s peatlands are increasingly dry and degraded, my co-authors and I emphasize measures for their restoration in the report. Ensuring they retain their capacity for storing carbon is crucial in the fight against climate change.”

PILAR ANDRÉS, CREAF researcher and leader of the study.

The approaches in question are feasible in that they are cost-effective (entailing a cost of under 100 euros per tonne of CO2 sequestered). The report distinguishes between possible measures (technical mitigation potential) and achievable measures (realistic mitigation potential). The study has confirmed that carbon sequestration in agricultural soils is a cost-effective option in both cases.

In relation to the goal of reducing emissions across the agricultural sector, from farm to fork, the report states that more than 55% of all the sector’s technical mitigation potential lies in improving the management of agricultural soils and manure. That statistic indicates just how advisable enhancing the carbon sequestration capacity of agricultural soils is.

Agriculture that nurtures and regenerates soil

The report clarifies that while agricultural GHG emissions fell by 108 Mt CO2-eq over the period from 1990 to 2018, the actual reduction only occurred until 2005, since when the emission rate has remained stable. In the view of the authors, achieving further substantial reductions will require significant changes in human dietary preferences, farming practices and agricultural policies.

“We have the technology and knowledge to increase soil’s organic matter content, at the same time as increasing its fertility and mitigating climate change,” remarks Pilar Andrés. “What we need now is political commitment. Only genuine commitment will make it possible to implement real, large-scale changes.”

The challenge is thus twofold, consisting of improving the quality of the soils of the EU’s southern countries and the Mediterranean to increase their carbon sequestration capacity on the one hand, and restoring and protecting peatlands to prevent the loss of their carbon stocks on the other. To meet it, the report proposes integrated management strategies, such as organic farming, paludiculture, agroforestry and regenerative farming.

All the practices in question promote soil fertility and facilitate carbon sequestration. They also entail other benefits, including a reduction in tillage; an increase in green cover, which protects soil against erosion and maintains its humidity; greater plant diversity; and fertilization using natural organic matter, such as manure or compost.

“Neither biochar nor urban waste compost can yet be put forward as solutions on a large scale,” says Pere Rovira from CTFC. “That will not be possible until the quality of the product can be guaranteed, maybe through a specific labelling system,” he explains.

The report also mentions precision agriculture, which would not necessarily increase carbon sequestration but could help reduce the input of mineral fertilizers, particularly ammonium nitrogen. That could be positive in terms of avoiding soil acidification and subsequent carbon emission from carbonate-rich soils.

“About 44% of the agricultural sector’s total emissions are due to excessive fertilization, which causes N2O emissions,” points out IRTA researcher August Bonmatí, who co-wrote the report.

The authors warn that achieving a significant increase in carbon sequestration will mean large agricultural areas having to be managed accordingly, and that public bodies may be unable to afford to pay farmers the corresponding compensation. The report concludes that it is therefore necessary to consider complementary action that private actors or public-private partnerships could take, such as setting up carbon markets.

Watch the presentation of the report by Pilar Andrés at the European Parliament on this link. 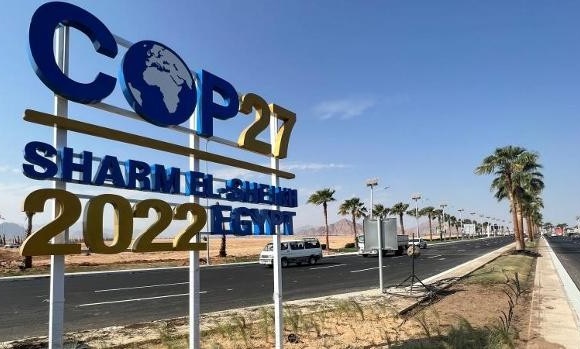 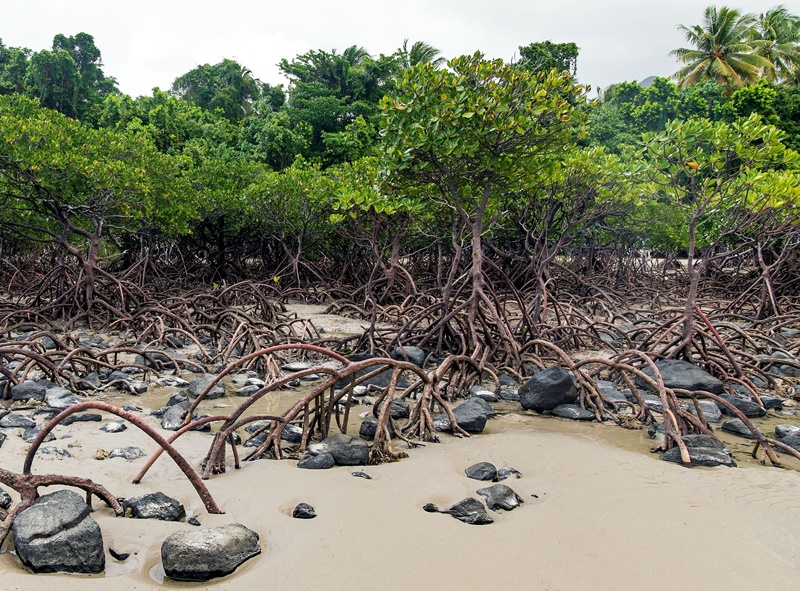 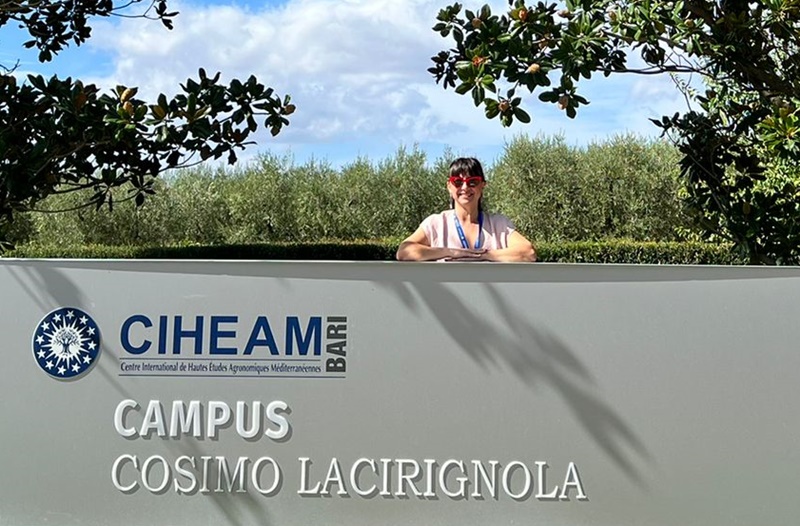 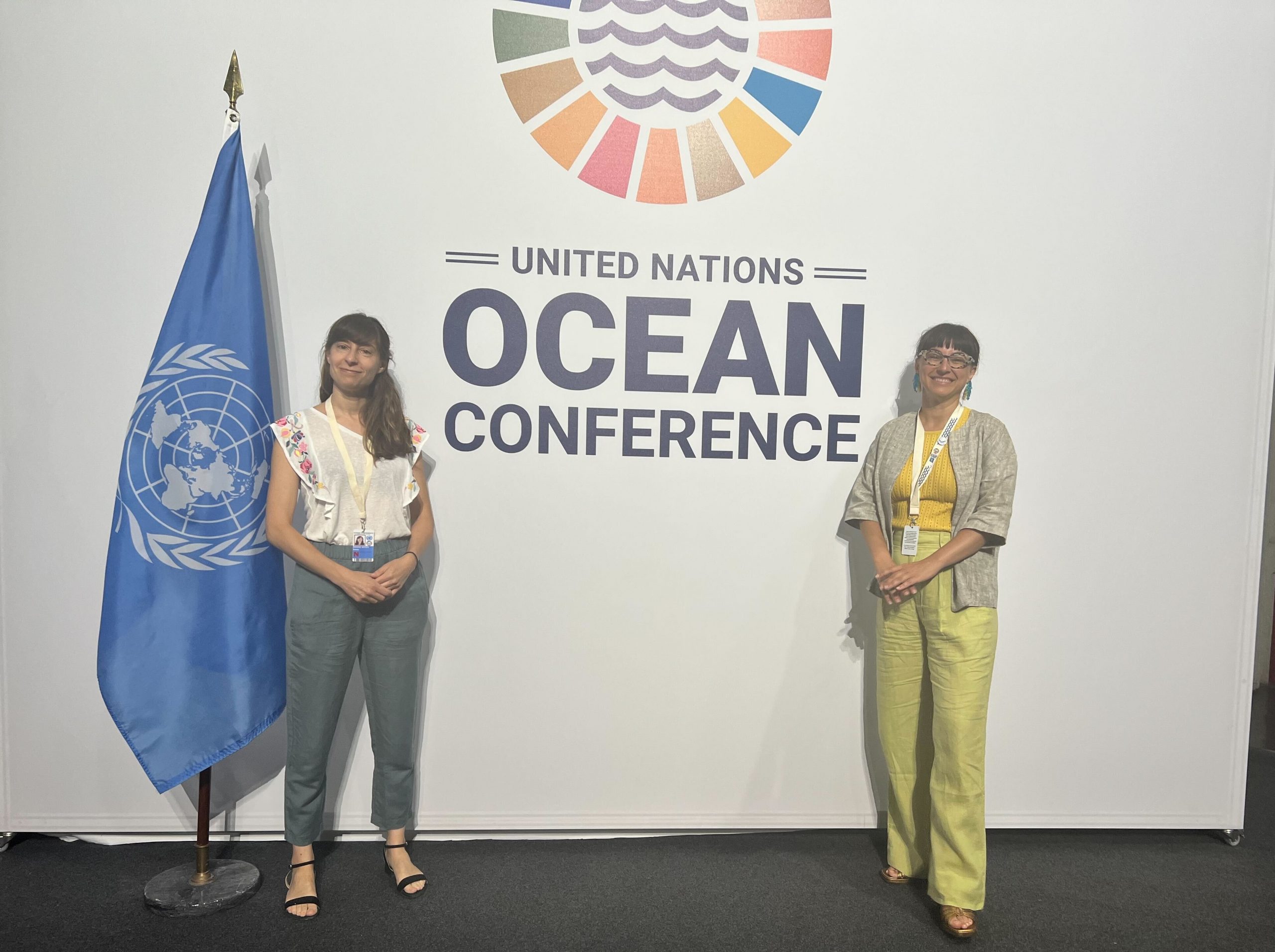 For the first time, CREAF has attended the Ocean Conference, an event that the United Nations (UN) organizes every three years. In 2022, it took