Scots pine (Pinus sylvestris) is a critically important species throughout Europe, both ecologically and economically, and is the cornerstone of Scotland’s pinewoods. At CREAF we take part in a pioneering research on how to recover from extreme droughts, led by the University of Stirling.

The main conclusion and essential novelty of this research is that Scots pine can recover over the next decade the wood it loses in years of extreme drought. And this is the first time that this phenomenon caused by climate change in such a long period has been analyzed. The study involves Forest Research, the Scottish Forestry Trust and CREAF, with the participation of ICREA researcher CREAF Maurizio Mencuccini. It is currently being studied whether the findings from Scottish Scots pine forests can be extrapolated to southern Europe, where the climate is clearly drier.

It is currently being studied whether the findings from Scottish Scots pine forests can be extrapolated to southern Europe, where the climate is clearly drier. “We are currently investigating using data from the Spanish and Catalan forest inventories and using models developed in collaboration with CREAF researchers Jordi Martinez-Vilalta and with Miquel de Cáceres“, points out Maurizio Mencuccini. And he explains that “although it was carried out in Scotland, which has a much wetter climate, these results are relevant also for the south of Europe, where Scots pine is a dominant species in many forests.” Martínez-Vilalta is also a professor at the Universitat Autònoma de Barcelona (UAB) and Miquel de Cáceres is also a researcher at the Forest Science and Technology Centre of Catalonia (CTFC).

The work is published today in the British Ecological Society’s Journal of Ecology and is entitled ‘Life after recovery: increased resolution of forest resilience assessment sheds new light on post-drought compensatory growth and recovery dynamics’.

The relevance of this research is that, unlike existing studies, “it examines the impacts of extreme dry years on tree growth occurring up to almost a decade after the event, which has not been done before”, explains Maurizio Mencuccini. This practice has allowed to fully understand and with an annual vision how trees and forests grow after a period of extremely dry weather.

Therefore, it is one of the first studies to document the compensatory growth pattern of the biomass lost by mature trees, in a period of 9 years post-drought. The result is that, after recovery, some trees grow much faster than would be expected if they had not experienced a drought. “This means that the forest also recovers part of its lost biomass,” explains project manager Tom Ovenden of the University of Stirling. “If this mechanism is more widespread in other species and locations, it could have profound implications for the estimated loss of carbon and wood that we currently ascribe to extreme drought events globally.”

The results obtained are relevant in southern Europe, where Scots pine occupies an important part of the forests. In Spain the natural area of ​​Scots pine is the centre and the northeast quadrant. We can find it in Sierra de Baza and Sierra Nevada (Andalucía), although its largest masses are located in the Pyrenees, the Iberian System, the Maestrazgo and the Central System.

The regeneration of Scots pine in a context of drought may be limited and the main consequence it suffers is the loss of leaves, in addition to its vulnerability to withstand new episodes of dry weather. These situations can cause the Scots pine forest to be replaced by other more resistant tree species, such as holm oaks, oaks or other pines.

Most of the animal species that coexist in the Scots pine forests are generalists, although in the pre-Pyrenean pine forests, in contact with the subalpine fir or black pine forests, species such as the owl Pyrenean (Aegolius funereus), the black woodpecker (Dryocopus martius), the wren (Regulus regulus), and the red frog (Rana tempporaria). 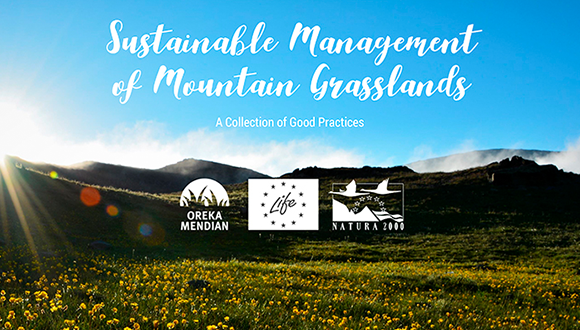