Wildfires can favor the diversity of flora and fauna

In many ecosystems, fire promotes a greater variety of species of plants and animals since it creates a more diverse set of environments. The positive effects of fire cannot be generalized to all aspects of an ecosystem; profound knowledge about the local species and fire regime is crucial. Insights from the study are useful for planning management of forest biomass fuel, controlled burnings, and forest fire suppression.

Wildfires can be used to an advantage in the promotion of biodiversity; this is the main message of a paper published in the journal Science by Lluís Brotons (CSIC, CREAF, and CTFC) and Luke T. Kelly (University of Melbourne, CREAF and CTFC). The authors emphasize that, in some ecosystems, the emergence of natural fires with varied characteristics – large or small, affecting the over- or understory and species with different degrees of adaptation to fire – leads to the creation of special, diverse habitats which otherwise would not appear, and these host a greater variety of species than before the fire.

In fact, certain organisms such as the black-backed woodpecker (Picoides articus), depend on post-fire environments for survival. However, though some flora and fauna can benefit from different types of fire, burnt environments also require a certain amount of time to recover.

“All indications point to the fact that more heterogeneous habitats favor the coexistence of a greater number of species. Fires strengthen this heterogeneity, but this doesn’t mean that there is always a direct relationship between fires and greater biodiversity,” says Lluís Bortons, continuing: “it is important to understand the characteristics of each area. For instance, if Aleppo pine or Scotts pine forests suffer too many fires in a short amount of time, they will end up disappearing along with their associated flora and fauna because the new pines won’t have time to mature and reproduce.”

“One of the most important things we want to convey is that fire is not necessarily bad. In fact, we’ve known for some time that some plants and animals need it to survive,” says Luke Kelly, coauthor of the article. “What is new and exciting is that we are learning enough about how biodiversity responds to fires so that we will be able to apply it in habitat management. We can help managers decide when and where we want to carry out controlled burns”, says Kelly.

The authors propose that managers should take three factors into account when planning a series of controlled burns or strategies for forest fire suppression where biodiversity could benefit: the life cycle of the vegetation to be burned, how climate change impacts the zone in question, and the direct and indirect effects of human-caused fires. According to Dr. Brotons, “fire is a part of ecosystems and it will continue to be. We have two options: we can use this new knowledge that we are creating in the field of ecology and reinforce the positive consequences of fire, or we can do nothing and respond to rampant fire regimes whose impacts may be catastrophic.”

Climate change shortens the time between forest fires and threatens species which have long recovery times. “In the current scenario, many species will not be able to follow this fast pace of fire impacts and this will end up changing the whole ecosystem structure. This effect is accentuated in areas with dry climates and in habitats which are affected by other human activities, such as the Mediterranean,” says Brotons.

However, the researchers remind us that climate change is only one of the factors affecting the natural cycle of fires, and that changes in land use and fragmentation of habitats also have important roles in changing these cycles. Severe deforestation in Asia and South America and abandonment of rural areas in the Mediterranean are other examples of factors which cause alterations in the fire regime – and, as a consequence, the biodiversity of those areas. 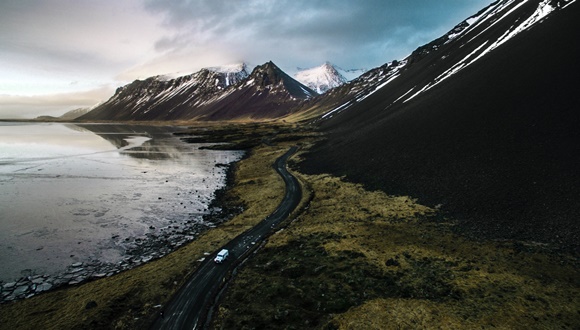 Iceland was colonized about 1,000 years ago by Vikings, a navigating people who turned the economy upside down. Newcomers also left a mark on the