A study published in the journal Biochemical Systematics and Ecologyand carried out by a team of CREAF researchers has shown that pollination by insects increases emissions of the molecules that give flowers their odors. Flower fragrances are needed to attract insects and guarantee the exchange of pollen with other flowers.

Flower fragrance depends on the kind of pollination. This was confirmed by a team of CREAF researchers led by JosepPeñuelas, CREAF researcher and CSIC professor. They determined that flowers pollinated by insects give off a greater variety and quantity of perfuming chemical compounds than flowers that are pollinated by wind.

Plants pollinated by wind are called anemophilous, “such as olives, which have flowers with pollen that is easily removed and transported by wind,” says CREAF researcher and the paper’s first author, Gerard Farré-Armengol. On the other hand, entomophilous plants, or those which reproduce with the help of insects, have their pollen transported from one flower to another while simultaneously nourishing the insects with nectar.

“Helichrysumstoechas, for example, has one of the most characteristic fragrances and is especially attractive for insects,” says Farré-Armengol. The study analyzed molecules giving flowers their fragrance, a chemical group known as volatile organic compounds (VOC), mainly comprised of terpenes and their derivates. Entomophilic plants have a much higher content of these chemical compounds, showing that plants pollinated by insects have a more potent and detectable fragrance.

The researchers attribute these differences to the fact that entomophilic plants need to attract insects with signals; these can take the form of visible bright and colorful petals, or may be chemical such as the case of volatile compounds detected using the olfactory sense.

It is also the case that the type of volatile compound dispensed by flowers depends on the group of insects that pollinate them. “For instance, flowers pollinated by butterflies don’t have the same fragrance as those normally pollinated by bees,” comments Farré-Armengol.

Smelling good is important for ensuring a lineage

Some plants such as thyme or salvia are entomophiles and have an open-door policy for pollinating insects, but at the same time they can fertilize themselves so that their masculine and female gametes are compatible. “This is a useful reproduction strategy when there are few pollinating insects around,” says Farré-Armengol. Up to know it was thought that these self-compatible species didn’t need to emit very strong chemical signals since if they could reproduce on their own, crosspollination via the intervention of insects was really of secondary importance.

Surprisingly, the study revealed that these entomophilic and self-compatible plants had the strongest and most diverse fragrances. “The fact that we found strong fragrances in plants which could reproduce on their own emphasizes the role of pollinating insects in ecosystems. Plants prefer that these animals pollinate them because in this way they exchange pollen with other plants’ flowers. This is a way of maintaining the genetic variability of individuals and assuring the survival of the species,” assertsFarré-Armengol. 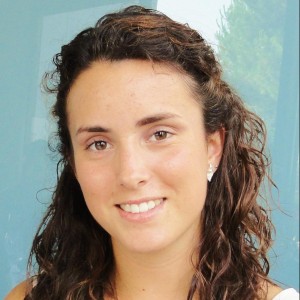